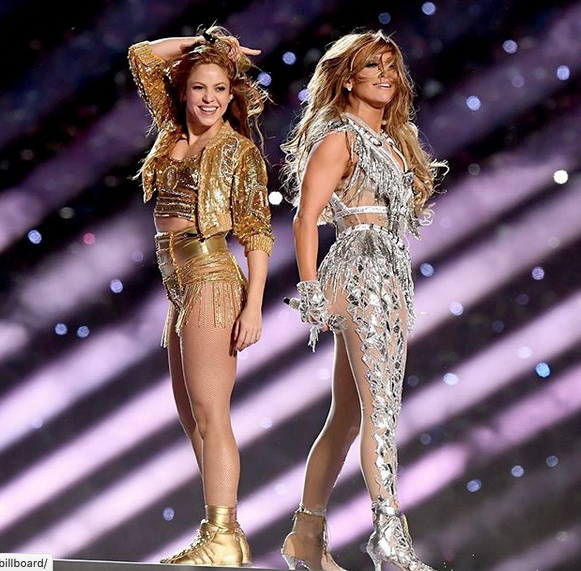 The Kansas City Chiefs beat out the 49ers tonight at the Super Bowl. It's the most-watched night on television and I was glued to my TV, although, not for football. I was waiting for JLo and Shakira to perform during the halftime show. Did you see my girl kill it? If not, read on for a recap of tonight's halftime show.

Shakira kicked things off with a "Hola Miami," showing the Super Bowl that the Latinas were taking charge. She began her set with "She Wolf"—one of my favorite songs and moved through several of her hits. At one point, she was even joined on stage with Bad Bunny. They sang a mashup of two of his major songs "I Like It Like That" and "Calladita." Shakira changed up her hit song "Chantaje" to give it a Cuban salsa flair with trumpet players backing her on stage—this is Miami, after all. Her hips did not lie throughout her set showing her skills as a performer and artist.

Finally, my girl JLo rocked the stage. She went through all her older hit songs including "Jenny from the Block" and "Get Right" —backed by a slew of dancers, it made for one of the biggest moments of the night. After, she used some of her "Hustlers" skills to perform some major moves on a dance pole. J Balvin joined JLo on stage at one point to sing a rendition of "Mi Gente." My favorite part of the night was when Emme made an appearance to sing a slower version of "Let's Get Loud" with an all-girl choir backing her.

Shakira and JLo finished the show with the 2010 Fifa World Cup song Waka Waka. It was a moment to remember as the two Latinas closed the show. Check out the full performance below. You don't want to miss it.

I'm so proud of my friend JLo and Shakira! They did that! Congrats on an amazing show!

Love Yourself: Why You're More Than Enough 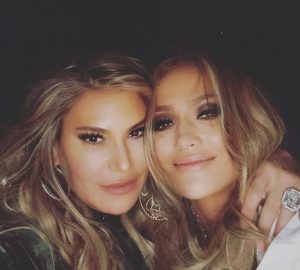 Top Moments JLO Inspired All of Us 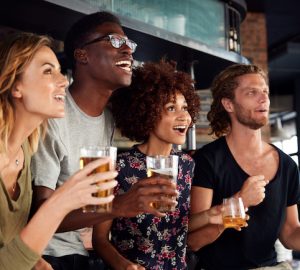 Where to Watch the Big Game in Miami Tomorrow 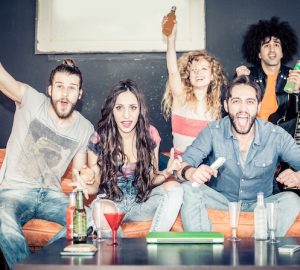 A Guide to Dressing Up for the Big Game