10 Facts You Didn't Know About Beyonce 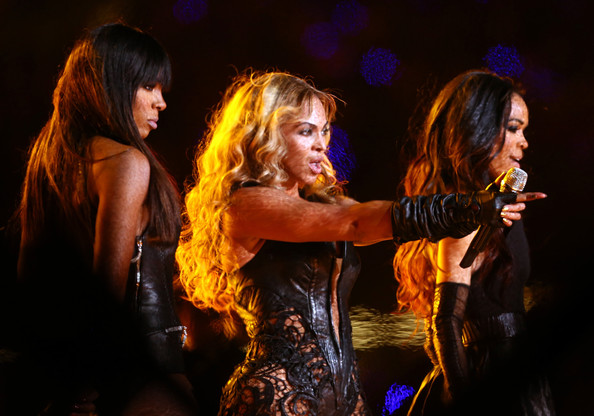 I was so excited when Beyonce revealed she was pregnant with husband Jay Z at the 2011 VMA's.  You could see that there was nothing but pure joy and excitement on both of their faces.  The world has watched Beyonce grow into a mega superstar, a wonderful business woman, adoring wife, and now a mother.  Here are 10 facts you didn't know about Beyonce.

1. Beyonce's favorite number is 4.  Her mother was born on January 4th.  She was married on April 4th.  Her birthday is September 4th and her husband's is December 4th.

2. Her nephew Juelz affectionately calls her Aunt B.

4. The name of her all girl band is called Suga Mama.

10 Facts You Didn't Know About Madonna

5. Beyonce is now the full manager of herself since the release of her new album 4.

6. Beyonce has a mezzo-soprano vocal range.

7. In 2007, she became the first female artist to be awarded the International Artist Award at the American Music Awards.

8. Beyonce's debut studio album, Dangerously in Love, was listed as one of the top 200 definitive albums in music history by the Rock and Roll of Fame.

9. In 2010, Beyonce and her mother Tina opened the Beyonce Cosmetology Center at the Brooklyn Phoenix House.

A Pregnant Beyonce Dances in the new Countdown Video

Beyonce is Hot at the Pulse Fragrance Launch